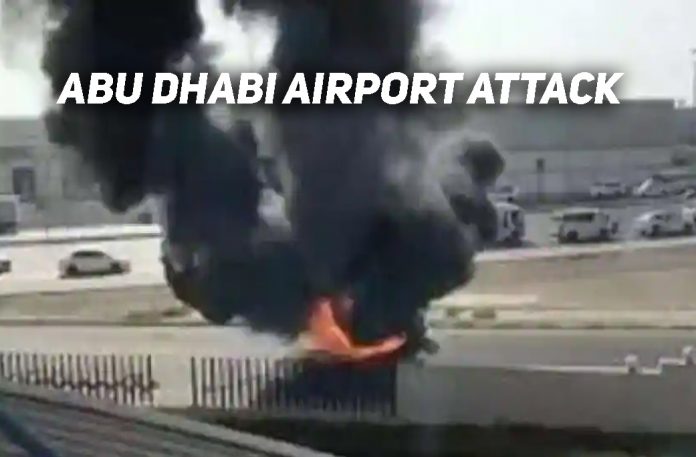 Abu Dhabi (Gulf Inside) Abu Dhabi Airport Attack a suspected drone strike in Abu Dhabi has killed at least three people and injured six others when three oil tankers exploded, according to Emirati officials. Yemen’s Houthi rebels have announced a “deep” operation in the UAE.

Abu Dhabi police say three fuel tanker trucks exploded near the storage facility of oil firm ADNOC in the industrial area of ​​Mussafah on Monday and a fire broke out at a construction site at Abu Dhabi International Airport.

Police have identified the dead as two Indians and a Pakistani. He did not identify the injured, who are said to have suffered minor or moderate injuries.

Also Read This: RTA Decides to Close Al Shindagha From Dera To Dubai

Police said in a statement issued by the state-run WAM news agency that “initial investigations have revealed that small flying objects, possibly belonging to drones, have been identified, which fell in two areas and caused explosions and Caused the fire. ” An investigation.

Types of Visa in UAE & requirements for apply