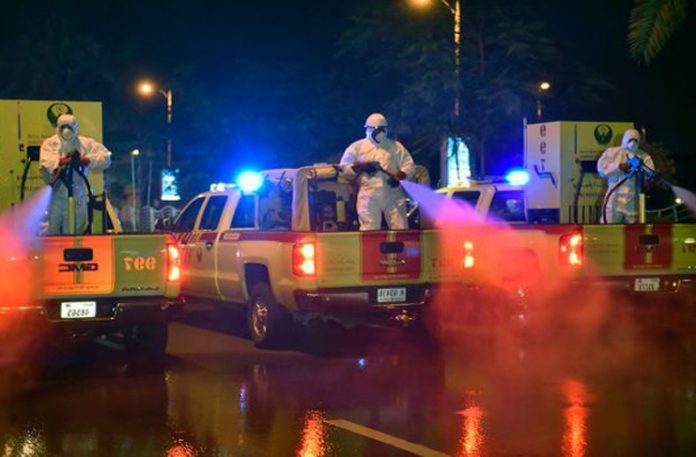 Abu Dhabi (Gulf Inside) Abu Dhabi announces partial curfew on Eid al-Adha According to details, the Abu Dhabi government has decided to impose a night curfew in the state on the arrival of Eid-ul-Adha.

The Abu Dhabi Emergency, Crisis and Disasters Committee has launched the National Sterilisation Programme in the Emirate of Abu Dhabi, starting from Monday 19 July as part of efforts to protect public health and prevent the spread of Covid-19. pic.twitter.com/xZ5Ui8JKCi

The tweets from the Abu Dhabi Media Office state that the sterilization campaign has been resumed from July 19.

The sterilization campaign will run daily from 12pm to 5am, during which a curfew will be imposed across Abu Dhabi. Citizens will not be allowed to move freely from 12pm to 5am. Only food or medical emergencies will be allowed out of the house, while regular movement permits will be required for special movements during curfew hours.

Also Read This: Pakistanis Awaiting Return To UAE Should Prepare For Return

During the last 24 hours, 4 more patients died under treatment. The number of people has increased to one thousand 880.

Of the affected patients, another 1,481 fully recovered. The number of recoveries has increased to 632,775. The UAE Ministry of Health has again instructed the public to take precautionary measures and maintain social distance. While in the United Arab Emirates so far 16 million 20 thousand 4 doses have been given.