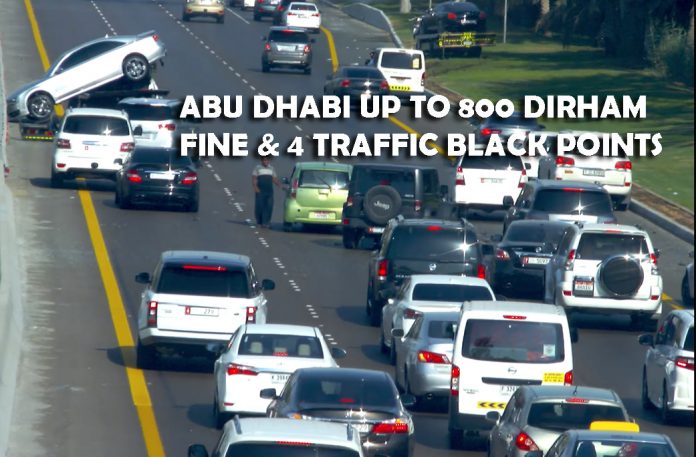 Drivers who are distracted while driving are also subjected to 4 traffic black points as the biggest cause of traffic accidents in the UAE is negligent driving. Drivers become negligent when they are driving. Use handheld devices or take pictures, straighten your make-up or hair, or even engage in conversation with passengers.

The Joint Survey Committee for Minor Traffic Accidents in Sharjah reports that 846 reports of minor traffic accidents were received in Sharjah during the UAE’s 50th National Day holiday, with track accidents occurring from 1 to 4 December. This is an increase of about 46%, while 579 accidents were reported in the emirate during the same period last year.

Statistics obtained through the Rafid application and the company’s call center show that the highest number of 287 accidents in a single day was recorded on December 4, with the lowest number of traffic accidents reported on December 3 during these holidays. Abdul Rahman Al-Shamsi, a member of the RSA department and joint committee, confirmed that the number of traffic accidents is increasing during the holidays because drivers want to reach their destinations faster and do not follow traffic rules and regulations. ۔

Police arrest 102 persons who tampered with Covid-19 test results to...