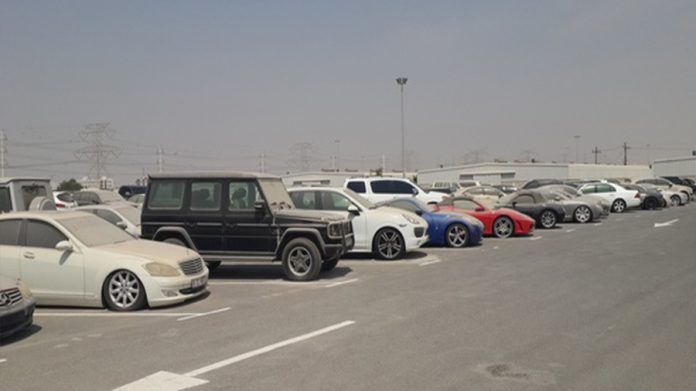 Ajman (Gulf Inside) Ajman police have said that owners of seized vehicles in Ajman by police for more than six months have only been given time till August 2 to settle their dues and claim their cars.

Drivers who want to check the condition of their vehicles can visit the Ajman Police website or call 06 7034566.

A senior Ajman police official said the latest directive was aimed at clearing space in his ampound yard, especially since a large number of confiscated vehicles had been kept there for more than half a year.

Read This : Kidnapping of a 13-year-old girl has become a drop scene

He added that this would also reduce the burden on the staff of the patrolling department.

“We are clearing the space for these vehicles as we have started implementing the recently launched Home Impoundment Service,” the official added. He said that in 2019, the number of vehicles seized by Ajman police increased by 95 per cent, mostly in crimes and traffic violations.

He said the owners of the vehicles in custody had violated the law or were involved in crime. Many of them were caught either by radar or by police patrols. Authorities also vowed to raise awareness and ensure road safety in the UAE.