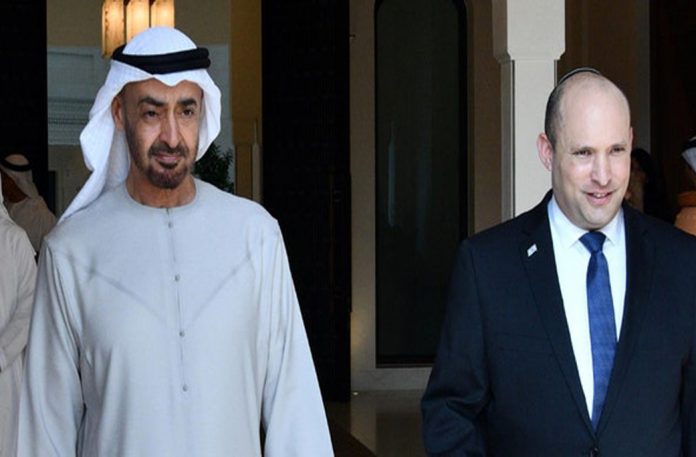 It is reported that this is the first official visit of Naftali Bennett to the United Arab Emirates as the Prime Minister of Israel, during which the Israeli Prime Minister will meet with the Crown Prince of Abu Dhabi Sheikh Mohammed bin Zayed Al Nahyan, The visit, which will focus on strengthening economic and defense ties between the two countries, is also seen in the context of the ongoing nuclear talks between world powers and Iran in Vienna, where Israel is holding talks.

It is not a party but has expressed concern about it and opposes the resumption of the 2015 nuclear deal with Iran.

In an exclusive interview with Emirates News Agency Director General Mohamed Jalal al-Resi, Bennett said during his visit to the UAE that the two countries, following the Abraham Agreement between the UAE and the State of Israel, to achieve development and economic partnership. Relations between the two countries have been strengthened and I am very pleased that agreements have been reached on cooperation in the areas of trade, research and development, and cyber security, health, education, aviation and more. Waiting for stability.

UAE Visa Reforms Residents Can Get Up To 180-Days Grace Period...