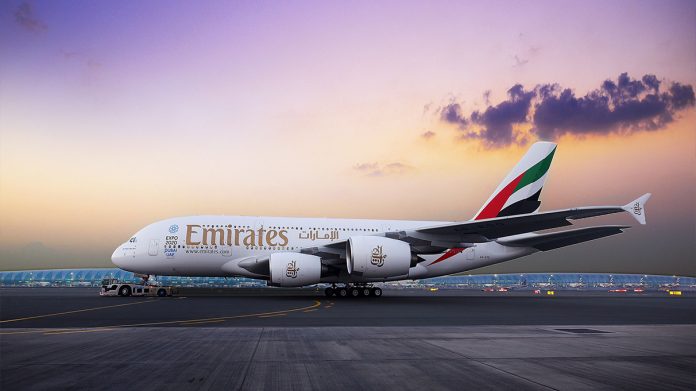 Dubai (Gulf Inside) Emirates Airline has said it is unrealistic to impose a social distance ban on planes, which will be costly for the airline. According to a News, Emirates, the UAE’s largest airline, has said that passengers will be offered a seat. Leaving will greatly increase costs that the airline cannot afford.

Speaking at a business conference in Dubai, Boutros Boutres, head of corporate communications at Emirates, said the debate over social space on board was good, but that Emirates would like to resume flight operations as usual. It is not possible to leave a seat between passengers unless the passenger pays for the empty seat himself.

“The reality is against our wishes,” he said. “Since Corona, Emirates Airlines has laid off one-tenth of its total employees, which could increase by 15 per cent to 9,000 jobs.” Emirates previously had a staff of 60,000, including 4,300 pilots and about 22,000 cabin crew.

Thousands more could be laid off, according to a top official at Emirates Airlines.

Emirates President Tim Clark said it would take up to four years for the airline’s operations to return to somewhat normal. The number was reduced from 11,000 flights to 17 flights.

Japan death toll from torrential rains and floods has risen to...