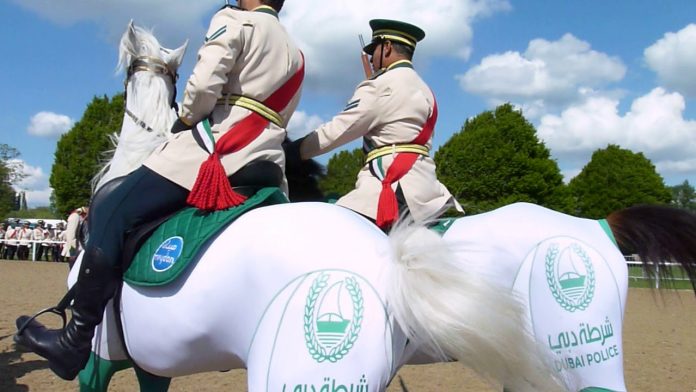 Dubai (Gulf Inside) Today is the age of technology and science. While there are buses, trains, planes, cars and motorbikes to get people around, in the past, people mostly traveled on horseback, especially in wars. Horsemen played a decisive role. However, the use of horses is almost non-existent now, but horses are still being used for patrolling by the Dubai Police.

Two days ago, Dubai Police cavalry in the Naif area of ​​Dubai performed a spectacular feat. According to Local News Paper , the cavalry stationed in the Naif area arrested the foreign thief after a 25-minute search.

Dubai police say two police cavalrymen were patrolling the area of ​​Nawaf Khalfan and Muhammad Sheikh Abdullah Naif when they found an African man stealing a car and fleeing.

After which the officers started patrolling the area rapidly. At one place, they saw a man driving in a very suspicious and nervous manner. When the police officers saw the number plate of the vehicle, they found out that it was the same vehicle whose theft had been reported a while back. They chased after the driver and eventually stopped his car and arrested him.

Emirates passengers from these countries require Covid-19-negative certificates prior to their...

Emirates Airlines made a great announcement for its passengers