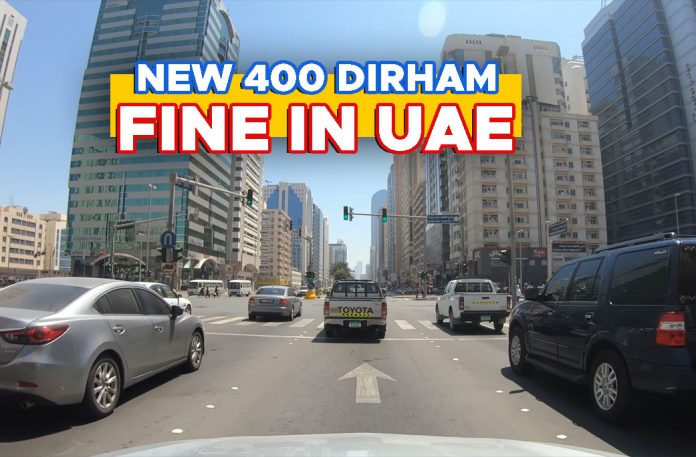 Abu Dhabi (Gulf Inside) New UAE traffic fine announced in Abu Dhabi , new radars have begun working to detect sudden lane changes while driving or those who do not use signals. If caught, they will be fined up to 400 dirhams. According to local media, traffic authorities in Abu Dhabi have activated radars to detect lane changes or sudden changes on various roads, especially on traffic signals, Abu Dhabi Police has urged drivers to follow the mandatory lanes at intersections, whether there are traffic signals or not, as sudden violations are a major cause of traffic accidents.

The force said it has enabled automatic controls to catch drivers who do not follow the mandatory lane at intersections, as such a sudden change of lane is a serious traffic violation and leads to horrific traffic accidents. The penalty for sudden change of lane or non-use of signals is 400 dirhams.

Police had earlier reported that a total of 16,378 drivers in Abu Dhabi in 2021 had been fined for not using signals or turn signals when changing lanes, with police warning that sudden change of lanes is a dangerous behavior. Which compromises the driver’s safety and endangers his life and the lives of others.

Authorities also told drivers to be careful when walking on the roads and to avoid things that could distract them or cause them to lose control of their vehicles.

Driving at low speeds in Abu Dhabi will also result in...