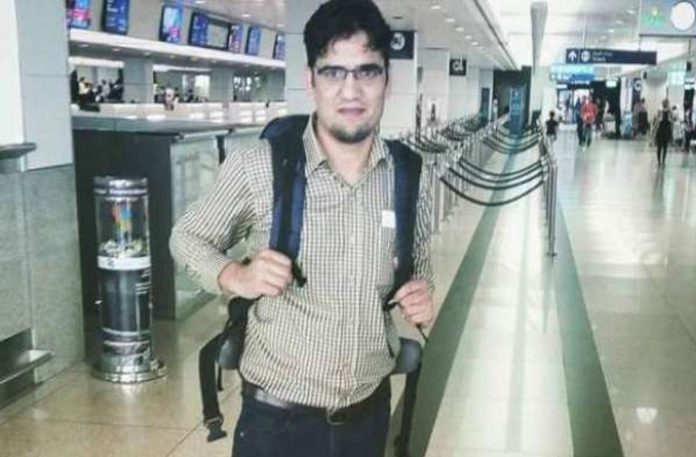 Dubai (Gulf Inside) The Pakistani young man, who returned to the country on holiday despite travel restrictions, found a way to return to the UAE. According to details, due to travel restrictions imposed on Pakistan by the United Arab Emirates, many people who have returned home on holiday are unable to return to the UAE, in which case there is a fear that these Pakistanis will lose their jobs in the UAE.

In all these circumstances, a young Pakistani man, Fayyaz, found a way to reach the UAE without breaking any law. According to the Khaleej Times, Fayyaz works in Dubai and returned home to Pakistan on holiday a few months ago. Meanwhile, due to fears of the spread of the corona virus, the UAE government banned the arrival of passenger flights from Pakistan, leaving a large number of Pakistani employees, including Fayyaz, unable to return to the UAE.

Read This: Corona Death Toll Rises in UAE The Reason Has Come To Light

In all these circumstances, instead of giving up, Fayyaz decided to save his job and did not hesitate to spend some money for this purpose. Fayyaz arrived in Kyrgyzstan at a cost of 2,500 dirhams and was able to travel to the United Arab Emirates for 14 days. After a 14-day stay in Kyrgyzstan, Fayyaz booked a ticket for Dubai and then returned to the UAE to resume his duties.

Fayyaz says he met all the conditions to enter the UAE before arriving in Dubai. He had to choose a long journey to reach Dubai, but he had no other option to save his job. According to Fayyaz, the trip and stay in Kyrgyzstan cost him a total of 3,500 to 4,000 UAE dirhams, which amounts to more than 105,000 Pakistani rupees.

Kyrgyz air tickets cost 1,600 dirhams, visas cost 700 dirhams, hotel stays cost 1,000 dirhams, while food and other expenses are separate. According to Fayyaz, he chose an expensive hotel, a good and clean hotel room in the Kyrgyz capital for two hundred and fifty dirhams, while air fares for Kyrgyzstan are generally low, but Due to the Corona crisis, air tickets are being overcharged.