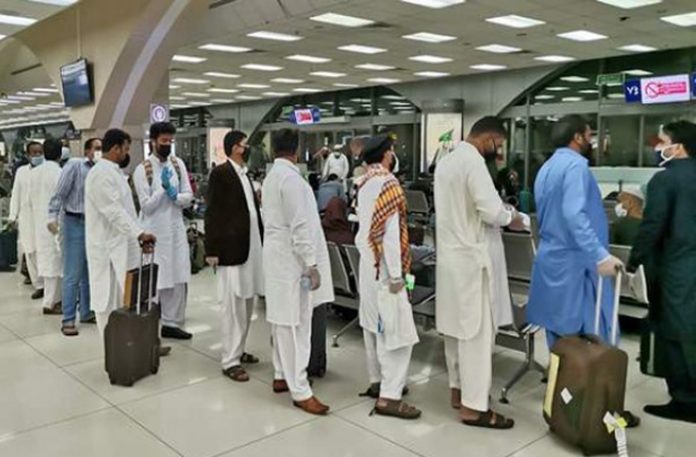 Dubai (Gulf Inside) The UAE government has banned passenger flights from Pakistan since May 12. Due to which thousands of Pakistanis trapped in Pakistan are very upset. However, now there is better hope for them. The UAE Ministry of Foreign Affairs has issued instructions that those traveling to the UAE from Pakistan after August 1 must have a vaccination certificate issued by NADRA.

The certificate must be verified by the UAE Embassy in Islamabad as well as the Consular Affairs of the Pakistani Ministry of Foreign Affairs.

The letter from the UAE embassy further asked the Pakistani foreign ministry to inform other ministries under the Pakistani government and diplomatic/official and ordinary passport holders about the travel requirement as soon as possible.

It should be noted that from May 12, besides Pakistan, passenger flights from Bangladesh, Sri Lanka, and Nepal were also imposed.

This was due to the increase in corona cases in these countries. Emirati officials said that even travelers with transit visas would not be allowed to enter the UAE after the ban. The ban applies to all domestic airlines coming from Pakistan as well as international airlines. However, travelers to Pakistan from other countries will be allowed to stay in the UAE on transit visas.

Also Read This: How To Change Mobile Number In Emirates ID 2021

This restriction will not apply to them. Because this ban has been imposed on passengers coming from Pakistan. Emirati officials had clarified that cargo flights coming from Pakistan will be exempted from this ban. However, Emirati citizens from Pakistan will be allowed to return to the UAE. Similarly, diplomatic missions, government delegations, Gold visa holders will also be able to return to the UAE and the business community will be able to reach the UAE on their own ships.

Thousands of Emirati visa holders stranded in India and Pakistan could not return for the next month after the announcement. This decision disappointed thousands of Pakistanis. Because their jobs have been jeopardized by not returning to the UAE soon. While the education of many Pakistanis in the UAE is also being affected.