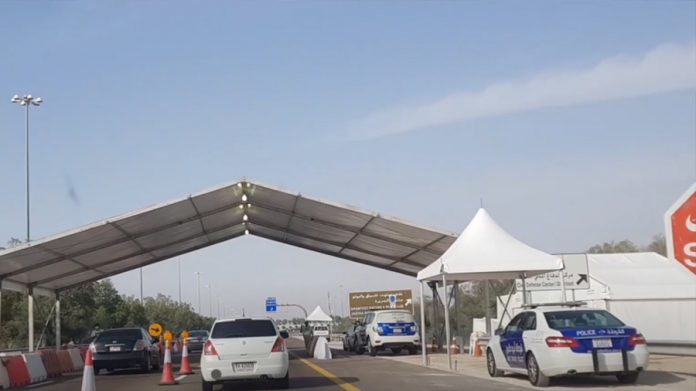 Abu Dhabi (Gulf Inside) Authorities in the United Arab Emirates have handed over 102 persons to federal authorities for legal action over tampered with Corona test results to enter Abu Dhabi.

According to state news agency WAM acting Director of Federal Emergency, Crisis and Disaster Prosecution Salem Al-Zaabi said the suspects, who hail from different countries, had been arrested by police and sent for trial.

According to Al-Zaabi, the operation is part of an effort by various state agencies to enforce Code 19 and enforce the rules on all Emirati nationals and expatriates.

Abu Dhabi has recently updated its travel rules that allow residents of the any state to enter Abu Dhabi. However, before entering the UAE’s capital, person must have a valid Covid-19 negative test result otherwise he will have to undergo a corona test at Abu Dhabi border check-post.

Police officers at the border check post make sure that the corona test of those who wish to enter Abu Dhabi is negative through a message from the testing centers or through the Al Hosan app.

“The Department of Public Prosecution urges all people to follow all safety measures and precautionary measures, including the orders of the authorities concerned, to avoid any legal action,” Al-Zaabi said.

He added that legal action would be taken against all those who did not comply with the code of conduct.