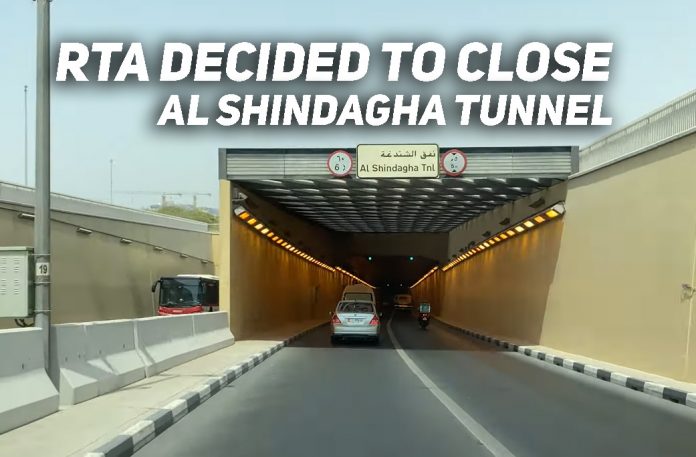 Dubai (Gulf Inside) The Roads and Transport Authority of Dubai (RTA) has decided to close the tunnel connecting Dera and Bur Dubai. The closure coincides with the opening of the Infinity Bridge to traffic on January 16, as closure is required to complete the link between the Infinity Bridge and the new bridges with the Al Shindagha Tunnel.

UAE media reported that after the closure of the tunnel, traffic would normally pass from Deraa to Dubai and vice versa on the Infinity Bridge, which could carry 24,000 vehicles per hour in both directions while RTA An integrated plan has been developed to ensure the flow of traffic in the area. Turns in the direction, the details are as follows;

– Traffic from Deira Islands to Dubai will go directly to the Infinity Bridge via the Al Shindagha Tunnel via a new flyover on Corniche Street to Dubai and Jumeirah.

– Traffic from Abu Bakr Al-Siddiq Street will turn left at Al-Khaleej Street Junction via a new flyover on Corniche Street toward Dubai and Jumeirah towards Infinity Bridge.

– Traffic from Al-Mumzar will continue on Al-Khaleej Street, will pass through Abu Bakr Al-Siddiq Junction and will lead to a new flyover on Cornish Street towards Infinity Bridge towards Dubai and Jumeirah.

– Traffic will continue from Umar Bin Al Khattab Junction to New Flyover and then to Dubai and Jumeirah via Cornish Street to Infinity Bridge.

– Traffic from Dera Islands Metro Station and Bus Station will pass through Cornish Street and Infinity Bridge via the surface road below the new flyover on Cornish Street.

Traffic will normally pass through the Shindagha Tunnel from Dubai to Dera, but the RTA has asked motorists to adhere to speed limits and directional signs to reach their destinations safely.

5 Reasons to Charter a Private Yacht in Dubai