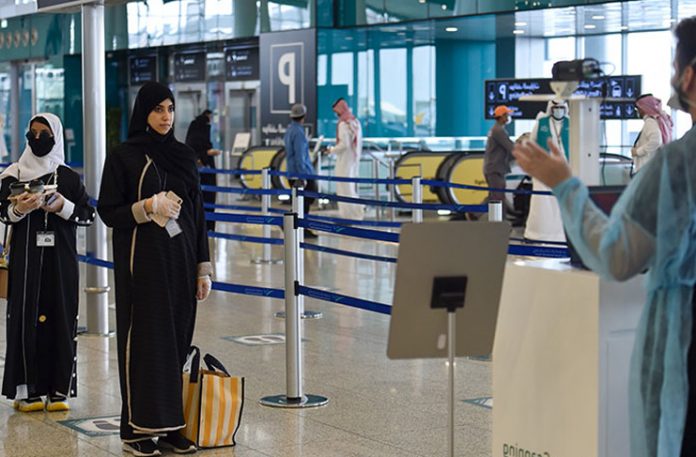 The Saudi government has announced that those who have not been vaccinated since August 1 will not be able to enter many public places. Saudi Interior Ministry spokesman Talal al-Shahlob said that from August 1, vaccinations would be a prerequisite for visiting markets, government, and private offices. A spokesman for the Saudi Interior Ministry said non-vaccinators would be barred from entering public and private institutions, schools, and shopping malls.

Also Read This: The Abu Dhabi Government Has Announced A Significant Ban On Non-Vaccinators

According to the rules, those coming from abroad must abide by isolation and quarantine. A spokesman for the Saudi Interior Ministry said that if foreigners do not follow these rules, they can be sentenced to 200,000 riyals and two years in prison. He added that foreigners would be deported and blacklisted if they served their sentences for violating quarantine. He added that it was important to follow the rules and regulations of the Ministry of Health to prevent corona.

A second dose of the vaccine is currently being given to people 50 years of age and older. In addition, the process of vaccinating people between the ages of 12 and 18 has also started. So far, 173.71 million people in the country have been given the first or second dose of the corona vaccine. More than 100,000 doses have been given to Saudis and foreigners in the past day as well.

Types of Visa in UAE & requirements for apply