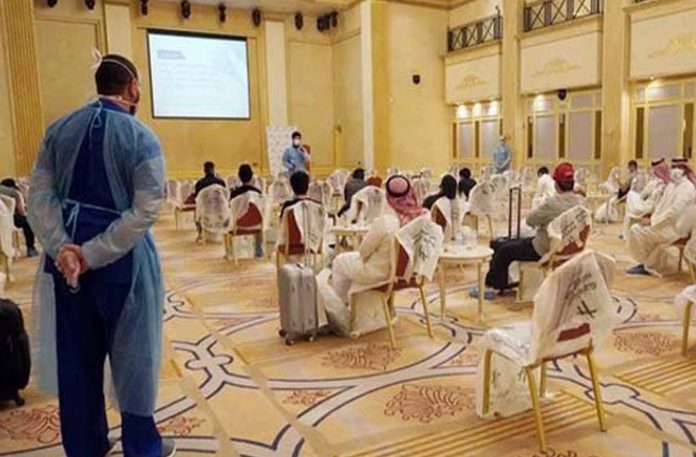 Riyadh (Gulf Inside) For the past few days, there have been reports in Saudi Arabia that foreigners who do not get vaccinated will be fined. However, the Saudi government says there is no truth in this. Col. Talal al-Shalhoub, a spokesman for the Saudi Interior Ministry, said: “Foreigners who do not get vaccinated are not fined, but it is everyone’s responsibility to follow the prescribed SOPs to protect society from the epidemic.”

The Home Ministry spokesman added in a weekly press conference that from August 1, vaccination will be a prerequisite for visiting public markets, government and private offices. Those who do not get vaccinated will not be able to enter public and private institutions, schools, and shopping malls.

Col. Talal al-Shalhoub added that since the beginning of the Corona epidemic in the country, the government has been pursuing the best strategy, which has yielded positive results.

It is imperative to follow the rules and regulations laid down by the Ministry of Health to stay safe from the corona. He further said that according to the prescribed regulations, those coming from abroad must abide by isolation and quarantine. Failure to do so could result in imprisonment for up to 200,000 riyals and up to two years, or both at the same time. If the violator of the isolation is a foreigner, he is expelled from the country after serving his sentence and is blacklisted forever.

Colonel Al-Shalhoub further said that appointed investigation teams of government agencies are continuing their campaign against non-compliance of Corona SOPs in all regions of the country.