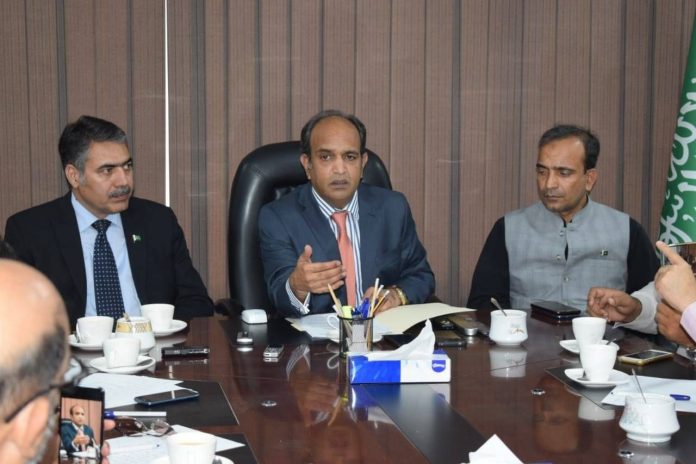 Jeddah (Gulf Inside) Khalid Majeed, Pakistan’s Consul General in Jeddah, Saudi Arabia, said: “Only few thousand Pakistanis return to Pakistan from Saudi Arabia during the Corona crisis. There are very few people who have lost their jobs.
In an interview, the Consul General said, “Let me bring to your notice that Saudi Arabia is one of the few countries in the world that has not taken any action against migrants in the wake of the Corona epidemic.”

“It’s probably the only country in the entire Gulf region where immigrants haven’t been harassed in any way. They were not asked to return to their home countries. As a result, very few people from here, I am talking about Pakistan, did not return more than a few thousand.

He also said, “As you know, Pakistani workers usually come here on contract and return after completing their contracts.” It’s a routine operation that takes place every year. ”
According to the Consul General, “I have not seen any significant increase in the number of returnees in the last few months. There will be very few people who have lost their jobs and returned from the country.

Asked what opportunities he sees for Pakistanis in Saudi Arabia after the Corona crisis, the Consul General said, “In the coming days, there are many opportunities for skilled and semi-skilled workers in the technical fields.” Consumption is high, was and will be in the coming days.
“There are endless opportunities in Pakistan for all those who have some special skills like electrician, plumber, heavy machinery driver and IT expert.”

He appreciated the decision to extend residency and visas free of cost and said that “Shah Salman’s immigrant-friendly decisions are already highly appreciated”.

“The way the Saudi government has taken special measures with Saudi citizens and for immigrants since the Corona epidemic is enviable. The important ones are grateful. The decision to extend residency and visas for three months free of cost will certainly benefit a large number of Pakistanis as well.
To a question, he said, “In March, after the travel ban, the embassy uploaded a form on social media for the registration of Pakistanis wishing to return.” About 30,000 people registered and are still registering.

Khalid Majeed said that special flights of PIA in the country have started from May 1. Until mid-June, the consulate and the embassy have been handling them. Since then, special flights have been opened. People were registered as per the instructions of the government of Pakistan as there were less flights.

So far, more than 20,000 Pakistanis have returned from the Riyadh and Jeddah regions. These are just PIA special flight statistics. In addition, Saudi Airlines has also started flights. There are four to five flights a week but we don’t have the data. Most of them are people who were in the country on short visas.

On the question of what steps were taken for the release of Pakistani prisoners during the Corona crisis. The consul general said: “Before the corna epidemic, there were two types of detainees, one at the Judiciary Deportation Center, called Deportees, and the other, who are serving their sentences after being convicted by criminal courts.”

Before Corona, there were about 1,300 Pakistanis in the deputation centers. In the last two or three months, the Saudi government has made its own arrangements. We kept in touch with them. About 1,000 Pakistanis have been repatriated from the Western Region on special flights.

“Currently, there are 350 Pakistanis in the deputation centers and they are waiting for their flights. It is a good move for a large number of Pakistanis to return from deputation centers.
The number of Pakistanis in the Western Region who are in jails and serving sentences for various crimes is also over 1300. He has more than 100 prisoners whose sentences have been commuted and they have returned.

“In the three months since the Corona crisis, the Saudi government has not given consular access to prisons,” he said. Now, since last week, our request has allowed teams from each consulate to visit the prisons. Consulate teams have started visiting the jail and we are meeting the inmates. When all the visits are completed, it will be known what steps will be taken for his release.
Regarding the restoration of consular services, he said that services had been suspended for a month and now the consulate has restored all services including outpass. People are coming even in poverty. We have moved on to routine. Now four to five thousand people a week are taking consular services, but the precautionary measures set by the Saudi government are being followed.