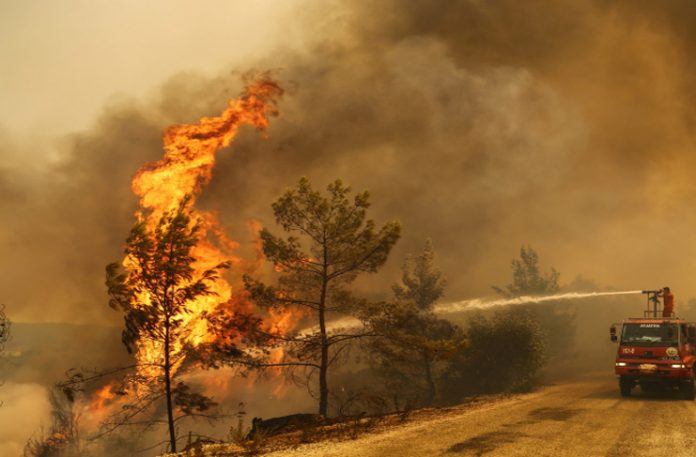 Istanbul (Gulf Inside) According to Turkish media, President Recep Tayyip Erdogan took an aerial view of the forest fire in Turkey and was briefed about the damage caused by the fire.

Talking on the occasion, Tayyip Erdogan said that we have found indications of conspiracy in the incidents of arson which have been investigated.

He said that all possible help would be given to the citizens affected by the fire and they would not be left alone and all kinds of losses would be compensated.

The Turkish president said 50 million lira had been provided to meet the immediate needs of the fire-affected areas, and that damage to farms, livestock and greenhouses would also be compensated.

Also Read This: Saudi Arabia Will Not Currently Issue Visas To Pakistani Tourists

Tayyip Erdogan thanked President Putin for sending eight helicopters to put out the fire. The Russian president expressed hope that the forest fires in Turkey would be brought under control soon.

Turkey: Congregational prayers will be held in Hagia Sofia from July...