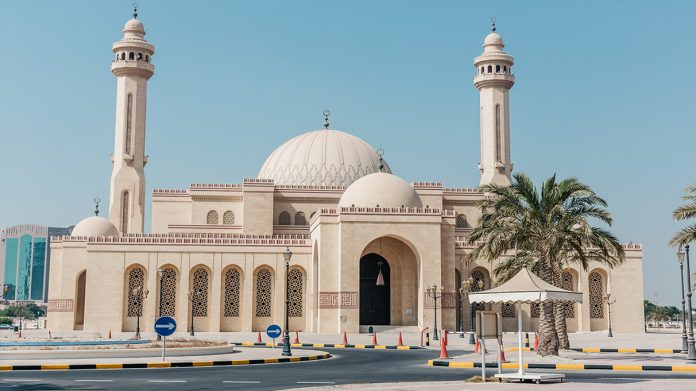 Manama (Gulf Inside) The decision to close mosques in Bahrain has been further extended. The Corona cases have not stopped being reported in the kingdom so far. Prayer gatherings in mosques will not be allowed.

According to details, the government of the Gulf country Bahrain has announced that mosques in the kingdom will remain closed. Mosques have opened in Saudi Arabia, the United Arab Emirates and Kuwait for prayer services, but Bahrain has decided not to open for the time being.

Read This : Social Distance In Emirates Planes Not Possible

It is reported that more than 35,000 cases of corona virus have been reported in Bahrain so far. Corona virus has not yet subsided in Bahrain, and corona virus cases continue to be reported. That is why it has been decided that mosques will remain closed. Prayer gatherings will not be allowed in any of the kingdom’s mosques.

Following the decision of the Bahrain’s government, it is likely that Eid prayers will not be held on Eid al-Adha. It should be noted that Bahrain had announced the closure of mosques in March. Mosques in Bahrain were closed on March 23 due to the spread of the corona virus, and the ban has now been extended.

Ajman: Deadline issued till August 2 to recall vehicles seized for...