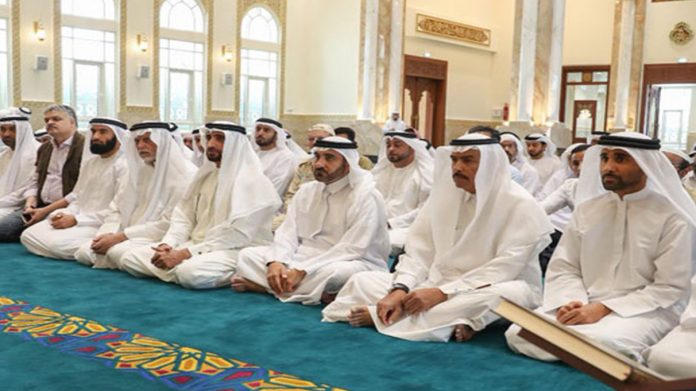 According to details, the UAE government has decided to further relax the sanctions imposed due to the spread of the corona virus.

It has been reported that the Emirati government has now decided to allow prayers in mosques as well as in commercial places and in designated places in buildings.

The ruling will take effect on Monday, July 20. In commercial places and buildings, worshipers will be allowed to offer prayers only up to 30% of the allotted space.

Read This : Emir of Kuwait transferred to hospital

However, Friday prayer gatherings are still banned. During the rest of the week, all 5 daily prayers are allowed in the mosque.

It has been reported that only 30% of the total capacity of any mosque or place of worship is allowed for worshipers and worshipers. The instructions given to the worshipers must be strictly followed. Children and the elderly under the age of 12 are not allowed to enter mosques. Ablution is not allowed in mosques.

Sick people and people who have had contact with people infected with the corona virus have also been urged not to turn to mosques. The process of sterilizing all mosques has been completed and is still ongoing.

Saudi Arabia: GCC residents with a tourist visa are able to...

The UAE Has Declared A Public Holiday On The Occasion Of...