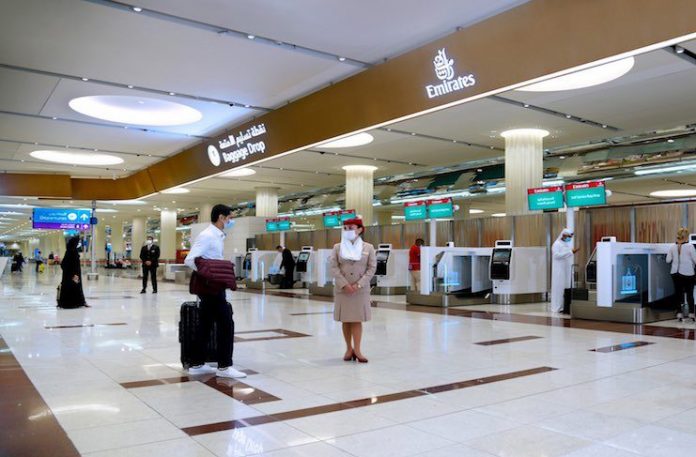 Dubai (Gulf Inside) Apart from Pakistan, the UAE had imposed a ban on passenger flights from Bangladesh, Sri Lanka, and Nepal from May 12, citing an increase in corona cases in those countries. A few days ago, the authorities extended the ban on Pakistani travelers returning to the UAE until July 7, but now, according to a new announcement, the ban has been extended to July 21.

As a result, Emirati visa holders stranded in Pakistan are in great distress and are on the verge of losing their jobs. However, the Pakistani authorities have given a hopeful message to these disappointed visa holders. Pakistan’s Foreign Ministry spokesman Zahid Hafeez said that they are in constant touch with the UAE authorities on the issue of banning Pakistanis from traveling to the UAE.

Foreign Minister Shah Mehmood Qureshi has also highlighted this issue in recent talks with his Emirati counterpart. There is good hope in this regard as the number of corona virus cases in Pakistan has come down drastically. It is hoped that the UAE will review the travel restrictions imposed on Pakistanis. It should be noted that more than 1.6 million Pakistanis are residing in the United Arab Emirates for employment.

The UAE’s renewed ban on passenger flights from 14 countries, including India and Pakistan, to July 21 means that there is no possibility of returning to the UAE before Eid al-Adha. And there is a possibility that the ban could be extended further after July 21. This decision has disappointed thousands of Pakistanis. Because their jobs are in jeopardy as they do not return to the UAE soon.

While the education of many Pakistanis in the UAE is also being affected. It should be noted that on May 12, travelers from several countries, including Pakistan, were banned from traveling to the UAE. Emirati officials said that even travelers with transit visas would not be allowed to enter the UAE after the ban. The ban applies to all domestic airlines coming from Pakistan as well as international airlines.
However, travelers to Pakistan from other countries will be allowed to stay in the UAE on transit visas. This restriction will not apply to them. Because this ban has been imposed on passengers coming from Pakistan.

#NCEMA and Civil Aviation: Suspension of entry for travelers from Bangladesh, Pakistan, Nepal and Sri Lanka on national and foreign flights, also for transit passengers, with the exception of transit flights traveling to UAE and bound for these countries.https://t.co/Dhjg6dhPrp pic.twitter.com/bkPgdWexmM