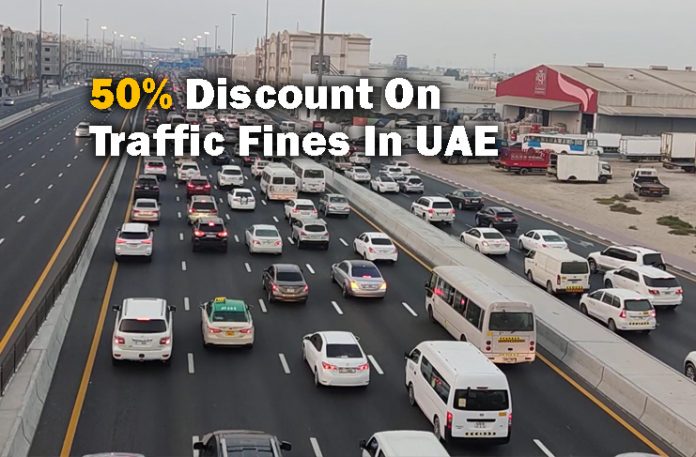 Sharjah (Gulf Inside) Up to 50% percent discount on traffic fines has been announced in Sharjah, which will be given on fines imposed for violations after 2003 and this discount will be from November 21 to January 31, 2022 this year.

Residents of Sharjah have expressed happiness over the concession made by the authorities.

Ahmed Al-Tawil, a resident of Sharjah, said the announcement of a waiver of the fines was a wise decision taken by the Sharjah Police and the Emirates Executive Council. This offer will make it easier for drivers to pay their fines.

Al-Lambi says he has to pay a fine of 500 dirhams and the concession will benefit him a lot. He tells of his violation that he had parked in the wrong place which blocked the road and disrupted traffic flow.

Another driver Saju Kumar says the concession is not only a huge generosity but will also help in paying penalties to violators.

“It is a very good scheme but unfortunately this discount does not exist on some traffic fines.

Driver Rashid al-Shamsi says the news of the discount on traffic fines gave him a lot of joy. They say he is guilty of violations in various Emirates.

The news of the concession between Sharjah and Ajman gave me great joy. I’m waiting for a discount on Fujairah and Ras al-Khaimah.