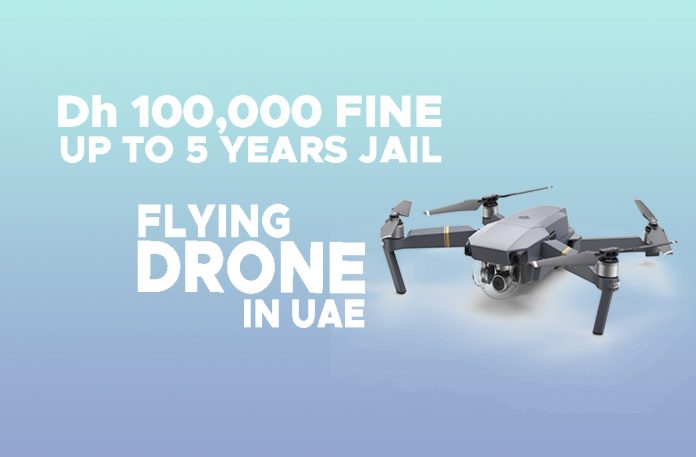 Abu Dhabi (Gulf Inside) If you fly a drone in the United Arab Emirates, you will have to go to jail. According to the details, the UAE government has warned the citizens that flying drones in the UAE will result in 6 months imprisonment or a fine of one lakh dirhams, which is about 48 lakh Pakistani rupees. To use drones, they must first obtain a license from the relevant government agency.

The use of drones has been banned in the UAE since last week, and drones used in sports have also been banned.

In this regard, the authorities said that the decision to ban drones was taken to ensure the safety of both the people and the property. The decision was made after people misused drones.

In Dubai, the drone posed a problem for the citizen who took pictures of different areas, as the Dubai court of corruption and violation imposed a fine of 5000 dirhams on an Arab engineer for traveling to Dubai without obtaining the necessary permits from the relevant authorities. He was found using a drone to photograph several areas. The images were stored in his phone. The court also confiscated the used drone.

According to the investigative records, the incident took place in November 2021, when the accused was caught flying a drone in Al-Qasis area, his identity was confirmed and it was found out that he was a mechanical engineer working in a company in Dubai. Who was engaged in water purification and installation of solar panels.