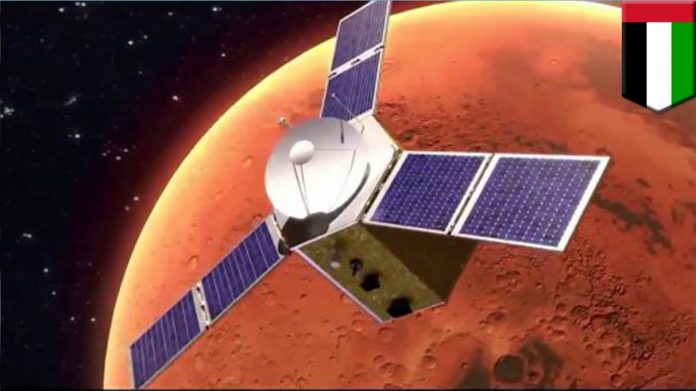 Dubai (Gulf Inside) The UAE government announced on Friday that the UAE Mission Mars Hope Probe mission to Mars would be launched into space on July 20 at 1:58 p.m.

The Emirates Media Agency and the Mohammed bin Rashid Space Center have announced that the UAE’s Mars mission will be launched on July 20 at 1:58 pm, according to a tweet from the Dubai Media Office.

Read This : Horrific killing of 5 siblings in Saudi Arabia

It is to be noted that the launch date of this historic mission of the United Arab Emirates to Mars has been canceled twice before due to unavoidable reasons. However, now that a third date has been set, it is possible that the weather may change in anticipation of bad weather. Mitsubishi, the company that developed the mission, said it was preparing to launch the mission by August 13. Remember that this mission is to be launched from the Tanegashima space center of Japan.

The @UAESpaceAgency and @MBRSpaceCentre have announced updated launch date & time for UAE Mars Mission on July 20th,2020 at 01:58 am UAE local time. Any further delay,caused by weather conditions at the launch site in Japan’s Tanegashima Island,will be communicated in due course.

The mission is scheduled to reach Mars in February 2021, marking the 50th anniversary of the UAE’s founding in 2021. In this context, the mission is of great importance to the United Arab Emirates.

How To Change Mobile Number In Emirates ID 2021

Pakistanis Awaiting Return To UAE Should Prepare For Return