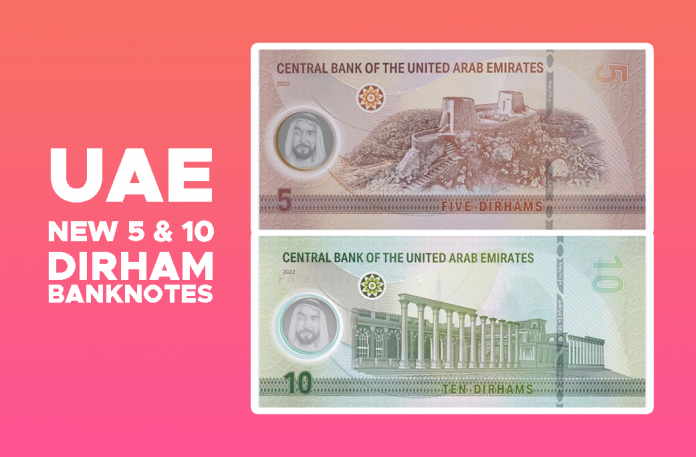 Old banknotes will remain legal tender for the time being.

Ajman Fort stands out prominently in front of the five dirham note, while Ras Al Khaimah appears in the back of the fort.

As far as the ten dirham note is concerned, the Sheikh Zayed Grand Mosque in Abu Dhabi paints the front while the Khorfukan Amphitheater in Sharjah, UAE, decorates the back.

Both notes retain the color scheme similar to the paper version to make them easier to identify.

The new notes have better security features than the old paper notes, and their introduction follows the polymer 50 dirham note which came into circulation in December.

Polymer notes are more durable than their paper counterparts and last two to three times longer before they break.

According to WAM, they can be completely recycled.

Khalid Mohammad Balama, Governor of the Central Bank of the United Arab Emirates, said in a statement:

He added, “The new banknotes include symbols and images that reflect the UAE’s history and heritage, as well as embody new beginnings to keep pace with the desire for growth and modernity.” Are.”

“Thanks to the guidance and support of our wise leadership, we look forward to the future with confidence and hope to achieve more and position ourselves globally,” said the Bank Governor.

At CBUAE, we continue our commitment to make the UAE dirham a widely used international currency.”

The president of Brazil, who calls Corona a common flu, is...

UAE Golden Pension” is announced to expats in order to increase...