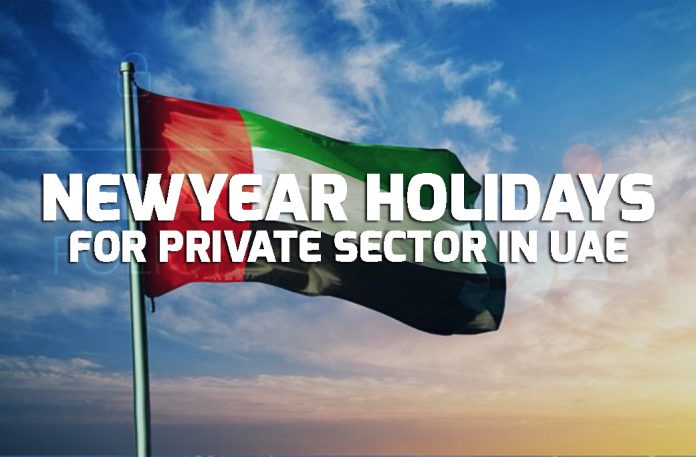 Let it be known that from January 1, 2022, the country will be transformed into a four and a half day workweek, in which new weekends will be formed on Saturdays, Sundays and Fridays, while December 31 this year is a Friday as it is now. It is in 2021, so this day will be a public holiday, Saturday, January 1 is also a holiday because the new work week is effective from the new year, so Sunday, January 2 will also be a holiday, which means government employees and the private sector. Some employees will get three days off on December 31, January 1 and January 2 together.

In addition, UAE authorities have announced Corona SOPs for New Year and Christmas celebrations, which will allow people to attend the event up to 80% of the capacity, a must for attendees. It will be necessary to show the green pass through the ‘Al-Hassan’ app, besides it will be necessary to provide the result of PCR test within 96 hours.

Tahir Al-Amiri, a spokesman for the UAE’s National Disaster and Emergency Management Agency, said organizers should not rush Christmas and New Year’s festivities, and should manage traffic while participants wear masks at closed locations. Use regularly. Masks should be applied even in crowded places. It is also important to maintain a distance of one and a half meters.

He said that the government is committed to provide the required facilities to all the institutions on the eve of New Year and Christmas. The number of people taking 100% of the food while the rate of people taking both doses has reached 91.26%.

How To Change Mobile Number In Emirates ID 2021