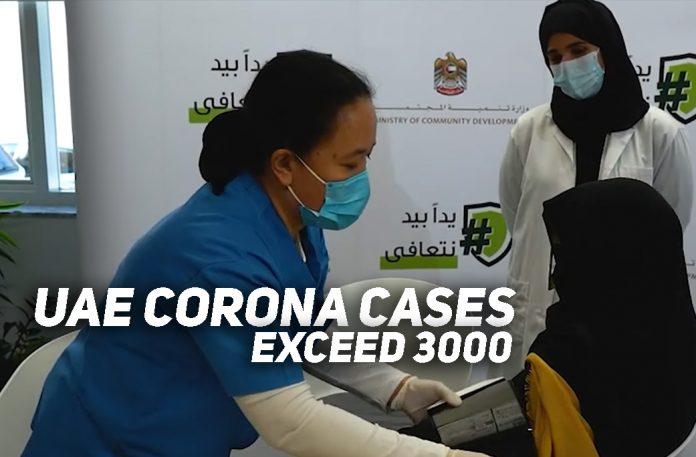 Abu Dhabi (Gulf Inside) After 10 months in the United Arab Emirates, daily corona cases exceed 3000. The UAE’s Ministry of Health and Prevention on Friday confirmed 3,068 new cases of the corona virus in the country, with 1,226 people recovering from the outbreak but 3 deaths from the outbreak reported in the last 24 hours. At present, the number of active corona cases in the country is 38,849.

It was reported that 4,24,861 new corona patients were detected in the UAE through additional tests, while the total number of corona cases in the UAE as of January 14 was 799,065, while those recovering. The total number is 758,031 and the death toll in the country has now reached 2,185.

Given the current state of the corona virus in the country, government schools and educational institutions in the UAE have extended distance education for another week, which means that at least until January 21, distance classes Abu Dhabi will also expand remote learning for all public and private schools in the UAE, with personalized exams being postponed until at least January 28.

Abu Dhabi had earlier announced remote learning for two weeks of the new school term until January 17, but students will now be able to attend classes for one more week in practice and at least online classes until January 21. Will be held.

As the UAE capital introduces new border rules for those entering the UAE from within the country, the authorities on Wednesday announced the setting up of a special office for tourists, the authority instructed tourism agencies. That they should fully inform the tourists about the entry guidelines before planning a trip to Abu Dhabi.