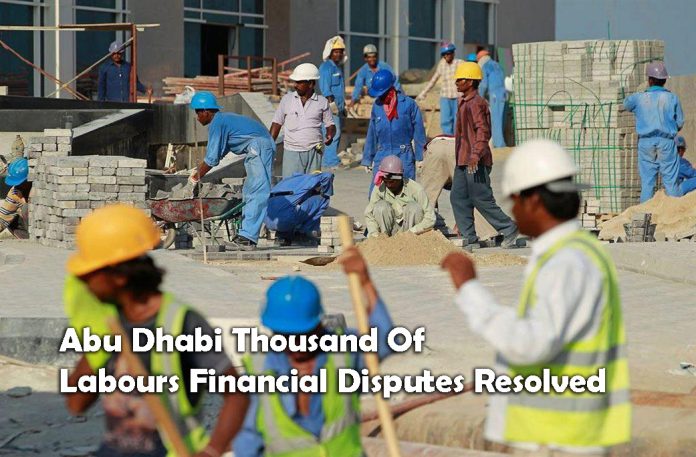 Abu Dhabi (Gulf Inside) Thousands of workers in the UAE have been paid more than 40 million dirhams in financial disputes. According to the local news paper, the Abu Dhabi Police and the Judicial Department have succeeded in resolving the financial disputes of 2,490 workers. It has succeeded in resolving the workers’ dispute in a record short time.

Brigadier Muslim Muhammad Al-Omari, Chairman of the Labor Crisis Committee in the UAE, praised the efforts of the Judicial Department in collaboration with the Abu Dhabi Labor Court, which played a key role in resolving the dispute in a short record time.

It was informed that the committee compared the liabilities of the workers with their claims and provided a total amount of more than 40.8 million dirhams. Will be helpful in resolving.

On the other hand, an Asian worker in Dubai set a high example of honesty, the worker returned the wallet full of notes to the owner, the Dubai Municipality honored the worker, a worker in Dubai honored for returning the wallet full of notes. Granted, the Dubai Municipality has published a picture of Zakir Hussain, an Asian laborer, in which he is receiving the gift of his honesty and integrity.

Recently, a Pakistani taxi driver was also rumored to be in Dubai when he handed over a bag full of 900,000 dirhams (approximately Rs.37 million in Pakistani currency) forgotten by a passenger in a taxi. The local media also lauded the honesty and duty of Mohammad Irfan son of Mohammad Rafiq, a Pakistani taxi driver, while Mohammad Irfan’s honesty helped the passenger who forgot the money as well as the top officials of Dubai Police. Win hearts

How to find UAE visa number and UID Number 2023

Here are the things you can do when you rent a...