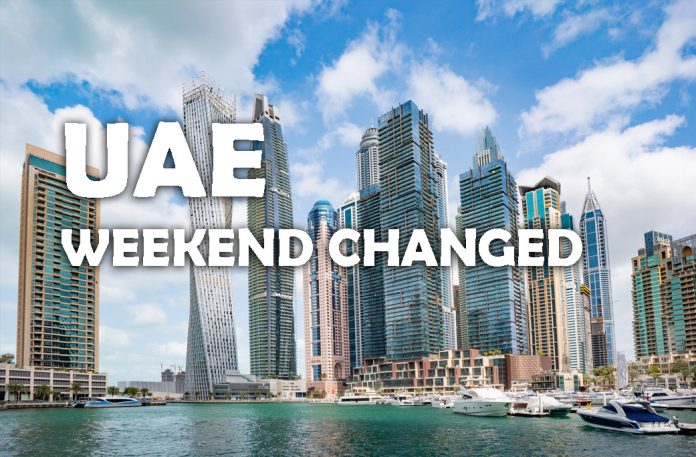 The governments of Dubai and Abu Dhabi said that their employees would follow the same working hours. All schools will also moves to the same working week on the first day of term, with hours which expected to be announced soon.

Federal government departments in the UAE are set to change their work week from January 1, 2022, with most parts of the country expected to follow suit.

According to a new working hours announced by the government, employees will work eight hours from Monday to Thursday and four and a half hours on Friday. The working hours from Monday to Thursday will be from 7.30 am to 3.30 pm. The office hours on Friday will be from 7.30 am to 12.30 pm. From next year, the public holidays on Fridays will be reviewed and adjusted if required.

This is not the first time that the UAE weekend change. In the UAE, from 1971 to 1999, Friday was a public holiday. Since 2006, the UAE government has changed the weekly holiday schedule to Friday and Saturday.

Educational institutions across the UAE will also have to abide by the new schedule announced by the government. The Ministry of Education will soon announce new working hours for schools.

According to the government, the change in working hours and increase in weekly leave is aimed at giving employees a chance to better balance their work and life and improve their performance.