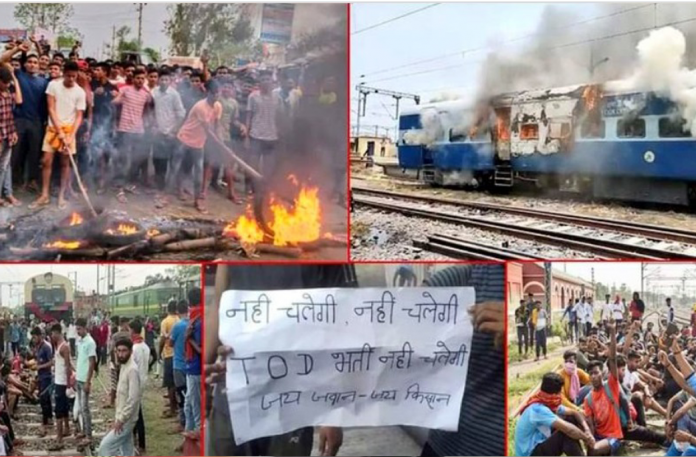 India (Gulf Inside) Agnipath Protests: Announcement has been made to bring Agnipath scheme for army recruitment. The youth and students of Bihar are continuously opposing this scheme. On Thursday, youths staged violent and violent protests in various districts of Bihar. In some places, trains were set on fire, while in some districts the national highway was blocked.

There is strong opposition to the Agnipath scheme in the whole of Bihar. Youth and students are protesting violently by taking to the streets. Violent demonstrations are being conducted from Buxar to Munger and from Saharsa to Nawada. Indian Railways is the target of furious protesters. Incidents of setting fire to passenger trains have been reported at many places. Students and youth are protesting furiously on railway tracks and on the national highway.

Train services have been badly affected. At the same time, demonstrations have also been held on the National Highway in some districts, due to which the traffic system has collapsed. Let us inform that it has been announced to launch the Agnipath scheme for recruitment in the Indian Army, Air Force and Navy. Under this scheme, the willing youth will be recruited in the armed forces for 4 years.

Agitating students and youth have been demonstrating violently since morning. In places like Saharsa, Chapra, Gopalganj, Ara, Buxar, Siwan, protesters are demonstrating on railway tracks and on the road. The operation of trains has come to a standstill in these places. Trains were even set on fire at some places. Initially, the protesting students and youth started protesting against the Agnipath scheme by getting down on the tracks.

Soon the Agnipath protests turned violent and the bogies of the passenger train were set on fire.
Due to this there was an atmosphere of panic on the spot. Furious youths blocked the Siswan Dhala railway track near Siwan Junction. At the same time, the passenger train was stopped at Sidhawalia station in Gopalganj. There was a fierce demonstration by arson.

The main target of the youth opposing the Agnipath scheme was the Indian Railways. The furious protesters caused extensive damage to passenger trains in Chhapra. Along with the sabotage, the passenger train was set on fire.

Public properties were also damaged on the platform. Due to the protest on the railway track, the operation of trains also came to a standstill. Due to this, the passengers are facing a lot of difficulties. At the same time, there is a fierce demonstration in Ara falling on the Delhi-Howrah railway route.

A crowd of youths reached the railway station and vandalized it. There is also information about setting fire to the train. The platform has also been vandalized. Later, the security forces drove everyone away from there. 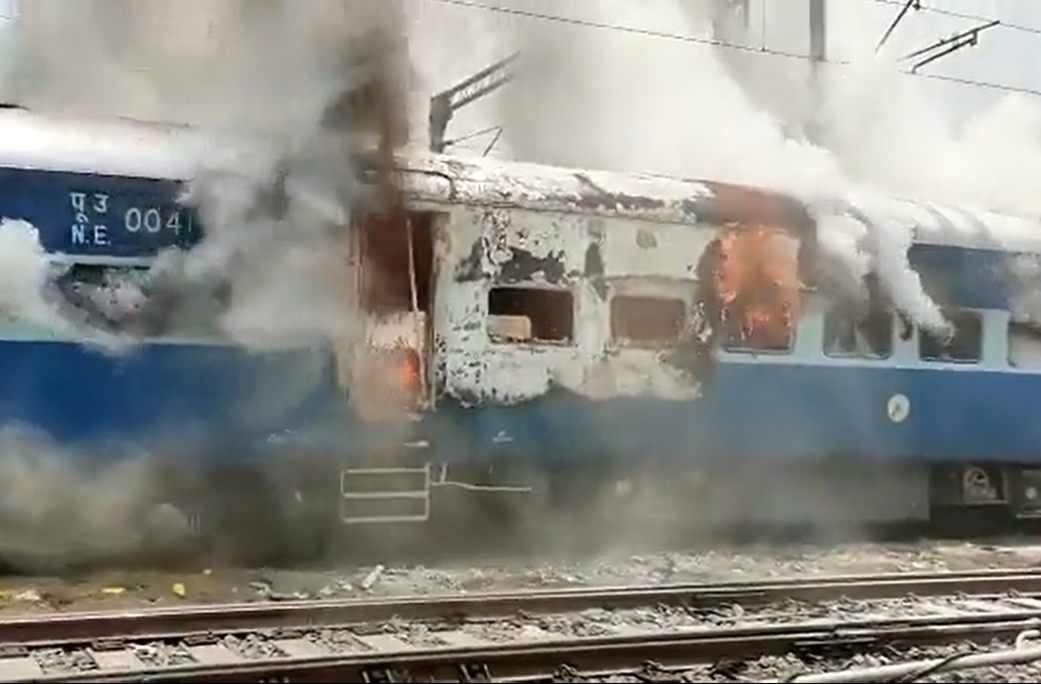 Students protested furiously in Bihar regarding Agneepath recruitment scheme. The students vandalized the platform on a large scale. The chairs on the platform were uprooted and thrown. In Saharsa too, the protests of the furious youth are continuing. Since morning, a crowd of furious students has been protesting by taking to the road.

Furious students completely disrupted the Saharsa-Mansi railway line near Saharsa railway station. Due to this, other passenger trains including Saharsa-New Delhi Vaishali Superfast Express, Saharsa-Patna Rajyarani, originating from Saharsa are standing at the station itself. The operation of other trains has also been disrupted.

10 Best Online Quran Academies Where You Can Learn Quran