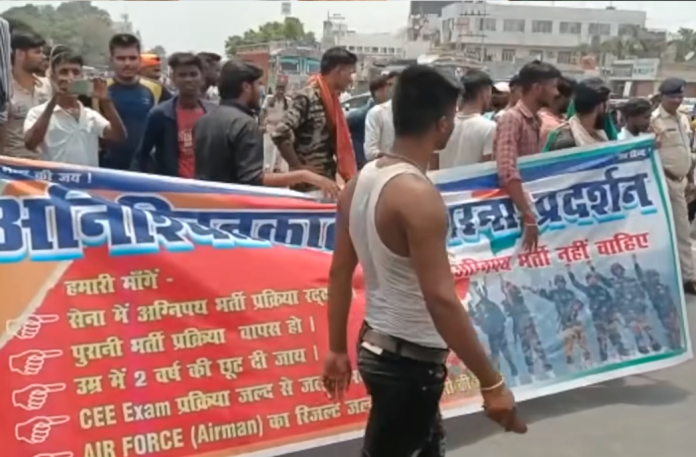 Delhi (Gulf Inside) In June 2022, the Government of India announced the Agnipath recruitment scheme for the defense forces, under which Indian soldiers would now be recruited for only four years. Defense Minister Rajnath Singh announced a major change in the recruitment process of soldiers under the Agnipath scheme.

In this scheme, there is a provision for the recruitment of youth in the army for four years. Along with this, the scheme of giving them a service fund package along with retirement is also included in this scheme.

Under the Agneepath scheme, youth will get a package of 4.76 lakhs in the first year, which will increase to 6.92 lakhs by the fourth year. Apart from this, risk and hardship allowance will also be available in this plan. After the completion of four years of service, they will get a service fund of Rs 11.7 lakh which will be tax-free.

The Agneepath scheme has been introduced to make the armies youthful. Union Defense Minister Rajnath Singh.

The central government of India has given great relief to the youth who have crossed the age limit due to non-recruitment of army due to corona for two years. Such youth are now recruited in the army under Agnipath scheme.

Agnipath Yojana: Government has increased age limit for recruitment this year, youth up to 23 years will be able to apply.

Only 12th Pass Will Be Eligible For Recruitment

The educational qualification prescribed for army recruitment will remain the same. 12th pass candidates will be eligible for recruitment.

Salary Will Be Available Up To 40 Thousand Rupees

Under this scheme, about 45 thousand youth will be inducted in the army every year. These recruitments will be done on the basis of merit and medical test. Selected youth will be given four.