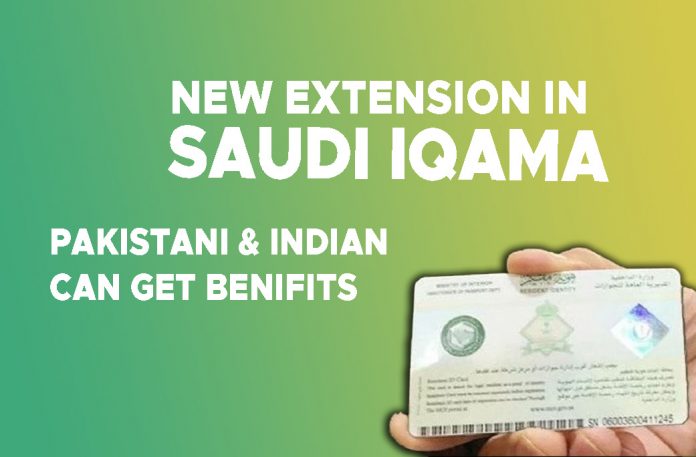 Riyadh (Gulf Inside) Saudi Iqama Expansion Pakistanis will also be able to benefit from the free extension of residency and visas by Saudi Arabia. According to Saudi Arabia’s state-run news agency SPA, a statement from the country’s passport department said the benefits of extending residency and exit visas would benefit Pakistan, India, Afghanistan, Turkey, Indonesia, Egypt, Lebanon and Ethiopia. It will be for foreigners residing in Vietnam, Brazil, South Africa, Zimbabwe, Namibia, Mozambique, Botswana, Lesotho and Iswatini.

In Saudi Arabia, the Passport Department has released a list of countries that have benefited from the extension of residency and exit visas for foreigners residing abroad without fees and competition until March 31, 2022.

In addition, the good news for employees from Saudi Arabia is that now the employer can not directly dismiss the employee for any mistake, but the employee can be fired only by the unanimous decision of the investigation panel. A report in the Saudi Gazette states that the executive regulations of Saudi Arabia’s job discipline law stipulate that the dismissal of an employee under disciplinary action will be based on the unanimous decision of the committee which has made allegations against him. Is designed to investigate.

According to executive regulations, there should be a four-member investigative committee, consisting of a chairman and three members, including a representative from the Ministry of Human Resources and Social Development (MHRSD). With the help of remote control, the employee facing the allegation will be clearly informed of the disciplinary violations attributed to him and will hear his explanations in this regard, the committee said. She will submit her report to the Minister within three months from the date, while the employee is entitled to appeal against the decision of the committee.

The Palm Jumeirah Dubai you Need To Know

Saudi Arabia: GCC residents with a tourist visa are able to...