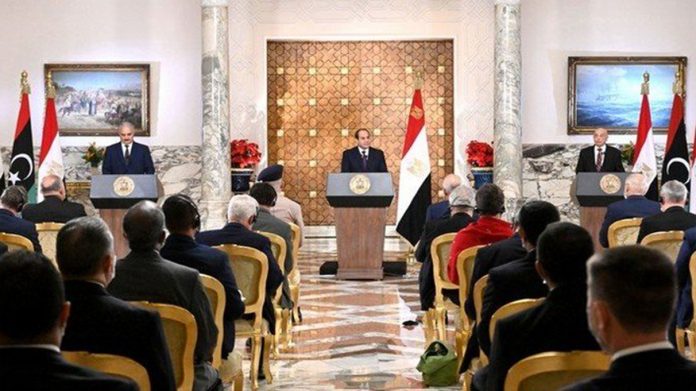 Cairo (Gulf Inside) The Egypt parliament has approved a possible intervention in Libya in a closed-door session. According to Arab News, the parliament has allowed the deployment of armed forces outside the country to protect national security.
It should be noted that Egyptian President Abdel Fattah al-Sisi had threatened military action against Turkish-backed forces in Libya.

The move by the Egyptian parliament could lead to a direct confrontation between Egypt and Turkey, which support the warring parties in the ongoing proxy war in Libya.

The Egyptian president called the coastal city of Sirte a red line and warned that any attack on the city would be tantamount to forcing Egypt to intervene militarily to secure the western border with oil-rich Libya.

Read This : Jobs cuts in Lebanon what peoples will do?

A secret session of the Egyptian parliament has been convened at the request of the National Defense Council to approve military intervention in Libya. Maj. Gen. Mamdouh Shaheen briefed the meeting on Turkey’s threats in Libya. He said that if Turkey crosses the red mark set by Egypt, then what are the dangers to Egypt?

How To Check Travel Ban In UAE 2022 Complete Guide