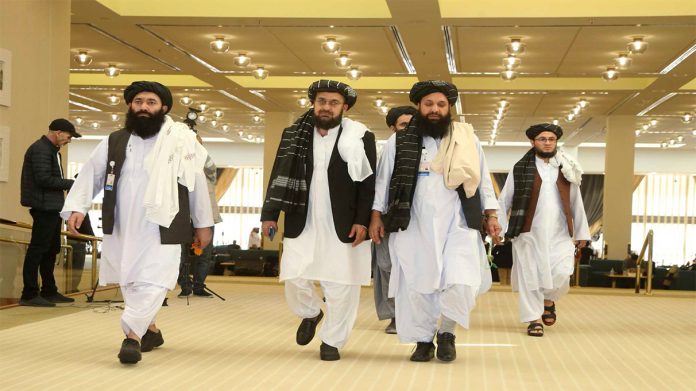 Web-Desk (Gulf Inside) The Taliban has added a number of influential figures to its negotiating team, while its head has suggested the son of the movement’s hard-line founder, who has been in charge of their militant faction.

The change, made several years later, comes at a time when talks with the Afghan government are expected to end decades of fighting in Afghanistan.

As head of the newly formed United Military Faction, 30-year-old Mullah Mohammad Yaqub has a stronghold of his father, who was uncompromising on the battlefield.

Read This : Ashraf Ghani’s offer to the Taliban

Taliban officials told the Associated Press that four members have been added to the 20-member negotiating team formed by the rebel group’s leadership council, a move of special significance.

The change is overseen by Taliban leader Mullah Hebatullah Akhunzada, who aims to strengthen his control over the movement’s military and political factions. Officials said this on condition of anonymity because they do not have the authority to divulge the Taliban’s inside story.

Analysts say the changes to negotiations with the Taliban’s political leadership are good news, as they also show how seriously the Taliban take this second step. Which is probably the most important step, the agreement that the rebels signed with the United States in February.

Andrew Wilder is vice president of the Asia program at the US Institute of Peace in Washington. “I would say that this is a positive development as the Taliban are forming a delegation that seems to have a more experienced and broader basis, which has not been the case so far,” he said. Or it may be necessary to start negotiations. ”

“If you want to see the glass half-filled, it can be said for a strong Taliban delegation that the group is serious about negotiations,” he said.

The United States signed an agreement with the Taliban on February 29.

After four decades of fighting, this development is being hailed as the best way to advance peace efforts in Afghanistan. It is also being seen as a timetable for the withdrawal of US troops from Afghanistan, which could end America’s longest-running war.

On Monday, four-and-a-half months after the agreement was signed, US chief negotiator and peace envoy Zalmai Khalilzad said in a tweet that “the United States has reached a key milestone in implementing the Taliban agreement.” At a time when the US military has shrunk from 12,000 to 8,600, it has five bases in Afghanistan.

However, Khalilzad expressed anger at the Taliban’s rebellious attacks on Afghan security forces. He said the Taliban had pledged not to attack US and NATO forces.

In his tweet, he said: “No US soldier has been killed in Taliban violence in Afghanistan. Regional relations have improved. “