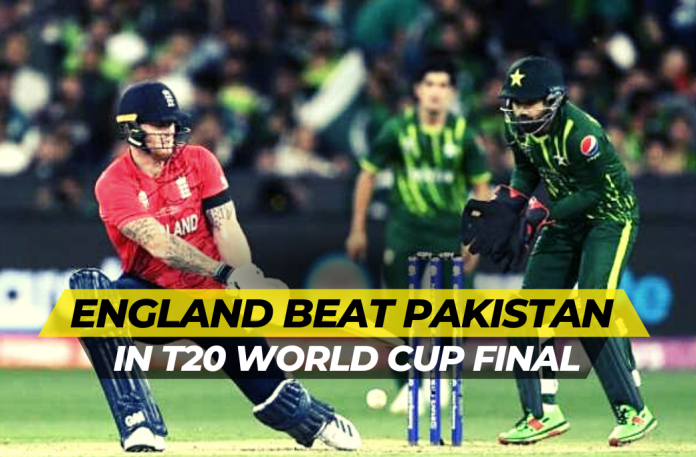 T20 World cup 2022 Melbourne, the Pakistan team could not repeat the history of 1992, England became the world champion after defeating the national team in the T20 World Cup 2022 final. Pakistani openers started the innings cautiously despite the first ball of the match being no ball. After 16 runs in the first three overs, the openers scored relatively quickly in the third over and scored 12 runs in Chris Woakes’ over.

The openers gave Pakistan a 29-run start but Mohammad Rizwan fell victim to Sam Kern on the same score. Adil Rashid took Pakistan’s second wicket on 45 when Mohammad Haris was caught out for 8 runs. Shan Masood and Babar Azam together brought the score to 84 but Babar Azam caught him on Adil Rasheed’s ball and continued to walk, he scored 32 runs off 28 balls.

Al Rasheed bowled a wicket maiden over and in the next over, Iftikhar too became the wicket of Ben Stokes without scoring a run in 6 balls. Shadab Khan and Shaun Masood put on 36 runs for the fifth wicket but Shaun was easily caught by Liam Livingston trying to play a big shot, he scored 38 runs from 27 balls. Shadab also fell victim to Chris Jordan after scoring 20 runs.

Nawaz’s stay on the wicket was also short and he also returned to the pavilion after scoring only 5 runs. Mohammad Wasim scored 4 runs off 8 balls. Pakistan scored 137 runs for the loss of 8 wickets in the allotted overs. Chasing the target of 138 runs, Shaheen Afridi bowled English opener Alex Hales in the first over and sent him back to the pavilion. Phil Salt and Jos Buttler took the score to 28 runs, but Phil Salt returned to the pavilion on Haris Rauf’s ball.

Jos Buttler avoided being dismissed several times on the outside ball but then lost his wicket in the same way off Haris Rauf, he scored 26 runs. After the fall of three wickets, Harry Brooks came to support Stokes and the two took the score to 84, but in an attempt to get Shadab’s ball across the boundary, Harry Brooks gave Shadab Khan a wicket. Earlier in the T20 World Cup final, England won the toss against Pakistan and decided to field first.

In the final of the mega event being played in Melbourne, England captain Jos Buttler said that there is a good chance to win the T20 cricket World Cup, they will try to win the title by defeating Pakistan. On this occasion, the captain of the national team Babar Azam said that the team is determined to win, will try, put a big target on the scoreboard and put the English team under pressure. On the other hand, the Department of Meteorology says that there is still some sunshine and some clouds in Melbourne, but the chance of rain has decreased from 95 to 45 percent. 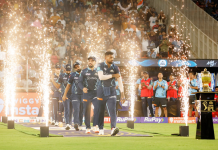 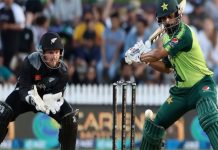 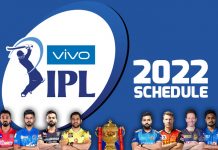 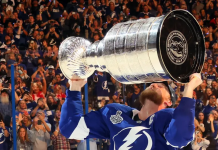 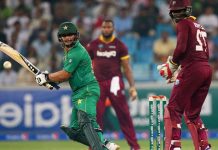 UAE Intercepted And Destroyed a Missile In Third Houthi Attack.