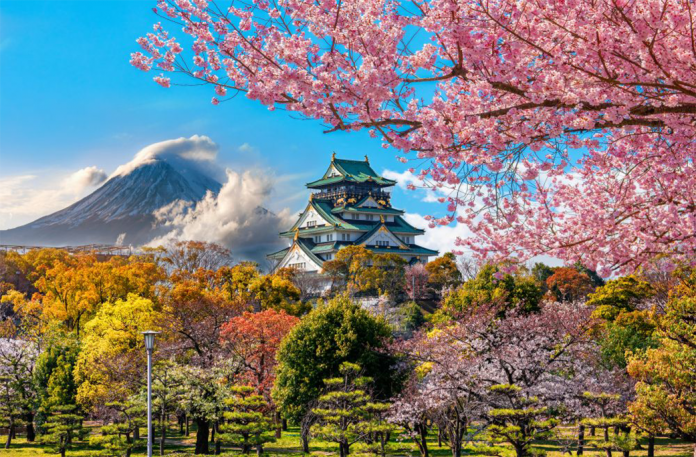 Through the height of COVID-19 up until recently, Japan was known as one of the few countries that observed strict COVID-19 preventive measures. The country sealed its border shut for about 2.5 years, at one time forbidding even expats from entering. Japan also put a pause on its popular visa waivers policy “until further notice”, keeping many travellers from visiting the country.

This year, as more and more countries open up around the world and shrug off restrictions in bids to attract visitors, Japan, too, followed suit. The country took baby steps in lifting its COVID-19 restrictions on foreign travellers, starting with allowing visitors to come in groups with guides in June this year and following that up with easing the rule to enable self-guided package trips.

In an encouraging sign that things have returned to a degree of normalcy for tourism, Japan recently announced that they would resume visa-free entry for various countries. One of them being the UAE, as revealed in a comprehensive agreement between the two countries signed in September this year.

Japan was one of the first nations to establish diplomatic ties with the UAE back in the 70s. To mark the 50th anniversary of the partnership in 2022, the two countries signed a comprehensive agreement. Sheikh Khaled bin Mohamed bin Zayed, a member of the Abu Dhabi Executive Council and the chairman of the Abu Dhabi Executive Office, officially announced the agreement. Visa-free travel to Japan for Emiratis is one of the perks mentioned in the agreement.

The comprehensive collaboration agreement between the governments of Japan and the United Arab Emirates stated that UAE citizens with regular passports would be able to enter Japan without needing to apply for visit visas beforehand starting November 1, 2022. Each visa-free entry would be capped at 30 days.

Many UAE travellers can now start browsing for cheap flights for their upcoming hassle-free trip to Japan.

Additionally, it is keen to promote trade and economics in technology, infrastructure, artificial intelligence, medical services, and SMEs, as well as many other high-priority industries like agricultural production, environmental preservation, global warming solutions, education, science and technology, defence, and industry by improving the business environment. Al Jaber stated that the administration of both countries support the UAE and Japan’s strong and advanced strategic connections, which serve both countries’ ambitions for further growth and prosperity.

Despite the convenient visa-free perk, travellers coming to Japan will still be subjected to COVID-19 travel measures. The Japanese Foreign Office states that a negative PCR test conducted within 72 hours after departure or a vaccine certificate with three vaccinations allowed by Japan are required to enter the nation. Japan has authorized the entry of travellers with these five vaccines: Pfizer, Moderna, AstraZeneca, Sinopharm, and BioNTech.

Residents returning to UAE have to stay in quarantine, or pay...

UAE Mission Mars A new date for sending a mission to...