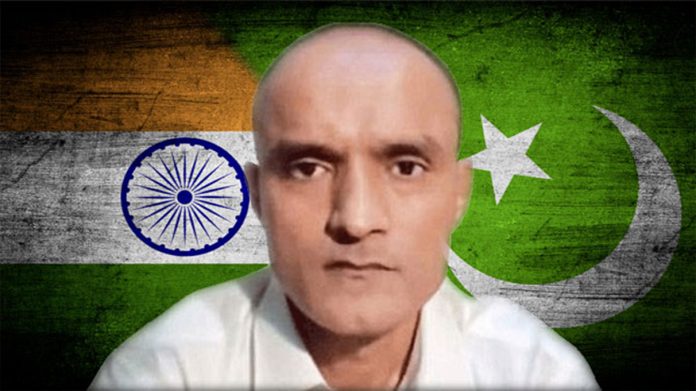 Islamabad (Gulf Inside) Pakistan has offered diplomatic access to India for the third time to alleged Indian spy Kulbhushan Jadhav, who is awaiting execution.

According to a statement issued by the Pakistan Foreign Office on Friday, no security personnel would be present during the diplomatic visit.

But Indian officials claimed that the diplomatic access was not unconditional and that Kulbhushan Jadhav was apparently under pressure.

According to India, this diplomatic access was not in accordance with the decision of the International Court of Justice. But Pakistan has denied India’s claims and on Friday once again offered India diplomatic access to Kulbhushan.

India has not yet made a statement in this regard. However, the offer was made by Pakistan at a time when there were only three days left to file an appeal against the sentence handed down to Kulbhushan Jadhav by a Pakistani military court.

Pakistan under the decision of the International Court of Justice An ordinance was issued on May 20 this year to allow Kulbhushan Jadhav and India to file an appeal in the Islamabad High Court for review by a Pakistani military court. Which expires on July 19 this month.

Pakistani officials claim that despite Pakistan’s offer of legal assistance to Jadhav to file a review appeal in the Islamabad High Court, Jadhav is refusing to file an appeal. However, no statement has yet been made by India as to whether it will file an appeal in the Pakistani court within the stipulated time.

On the other hand, Ahmar Bilal Sufi, an expert in international law, says that if India or Jadhav does not file a review appeal within the stipulated time, then the law still allows them to approach a Pakistani court.

According to him, Pakistan has enacted legislation through a state ordinance as a responsible state to provide this facility and Pakistan has provided a special platform and a legal opportunity for Jadhav and India.

Ahmar Bilal says that under section 83 of the Civil Code of Pakistan, if a foreigner wants to file an appeal in a Pakistani court, he is given this facility with the permission of the federal government.

According to him, any foreign state can approach a Pakistani court under section 84 of the Criminal Code of Pakistan.

Ahmar Bilal further said that it should be remembered that the Civil Code is almost the same in Pakistan and India.

According to him, there are some other ways in the Civil Code of Pakistan under which the opinion of the court can be obtained in some complex legal matters.

Ahmar Bilal further said that there are several options to file a review appeal if India wants. According to him, the reason for India’s reluctance to file an appeal against the sentence of Kulbhushan Jadhav could be political.

India, on the other hand, says Pakistan has not given its diplomats access to Kulbhushan properly.

Analysts say diplomatic relations between Pakistan and India have been strained since India ended its special status in New Delhi-administered Kashmir last year. Therefore, it is also having an effect on the case of the alleged Indian spy, Kulbhushan Jadhav, who was convicted in Pakistan.

Ahmar Bilal says the state of Pakistan would also like to facilitate diplomatic access to Kulbhushan so that India does not have the opportunity to raise the issue elsewhere. But at the same time, India will have to put the details of the Kulbhushan case before Pakistani courts.

It may be recalled that Pakistan had claimed to have arrested Kulbhushan Jadhav in 2016 on charges of espionage and involvement in anti-state activities.

Pakistan has been claiming that Kalbhushan is a serving officer of the Indian Navy and belongs to the Indian intelligence agency RAW. But India has denied the claim, saying that Kulbhushan is a retired Navy officer who has nothing to do with RAW.