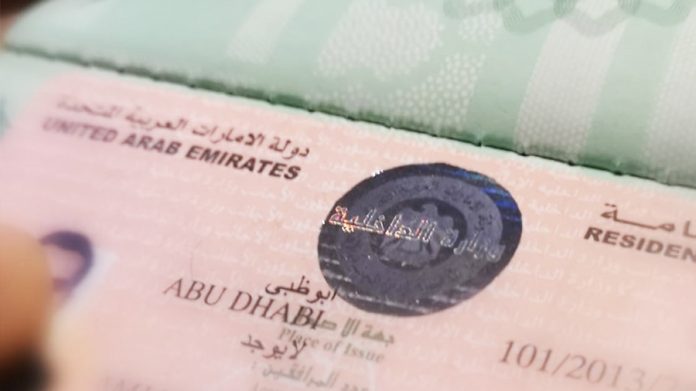 Abu Dhabi (Gulf Inside) UAE Visa Rules Change: The decision to extend the validity of visas and residency until December 31 has been revoked, and a three-month grace period has been granted to extend the duration of UAE visas.

The UAE has amended its resident visa laws, giving UAE visa holders residing in the UAE and in other countries a three-month grace period to extend the validity of immigrant visas and citizens’ passports. Is. Thus, the previous decision of the Emirati government has been revoked, under which the validity of visas and residency from March 1 to December 1 was extended free of charge as per New UAE Visa Rules.

Similarly, the discount given on expired ID cards till the end of the year has also been abolished. The Federal Authority for Identity and Citizenship (ICA) is expected to begin charging administrative fees for visa services from Sunday.

The decision on resident visas has been approved by the UAE cabinet. The cabinet has also granted a one-month extension to Gulf nationals to extend their visas, while Emirati visa holders who have stayed outside the UAE for less than six months will also be given a visa. Extended month.

The same discount will be available to Emirati citizens. While UAE visa holders who have been living outside the UAE for more than six months or whose visas have expired after March 1, are also being given a visa extension concession, however, the grace period has been decided. Will be done by ICA. In this case, the launch date of flights to the UAE and the country where the UAE visa holders are currently residing will be taken into account.

No fee will be charged during the visa waiver period, however, the fee will have to be paid immediately after the expiration of this period. No grace period was given. These people will have to pay a fee of 200 dirhams and a fine of 25 dirhams per day. According to the cabinet, people will be barred from visiting all visa centers and all services will be provided online. Later, amendments to the visa policy will be scrapped.