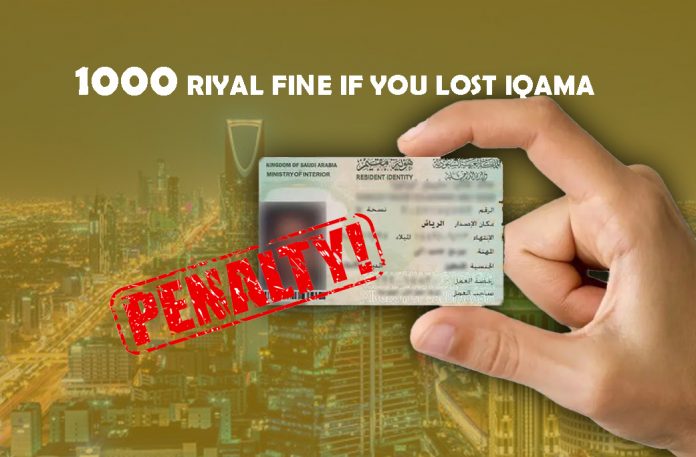 Riyadh (Gulf Inside) Foreigners residing in Saudi Arabia have been warned in case of loss of Saudi Iqama. The penalty for loss of Iqama for the second card is one thousand riyals. Penalties will be paid after reporting to Saudi Passport and Immigration Department (Jawazat), Sponsor must be applied for the new Iqama card.

According to Arab media, a foreigner living in Saudi Arabia, while seeking clarification regarding his missing residence, inquired from the Passport and Immigration Department (Jawazat) that his residence card has been lost. What is the procedure to get another card? Is there a penalty for this?

In response, the Passport and Immigration Department (Jawazat) issued an explanation that in case of loss of iqama card, a fine of one thousand riyals has to be paid for obtaining another card, but before that, report the loss of iqama to the concerned agency for which the permit is issued. But if there is no licensing office in the area where the card is lost, it can be reported to the police station.