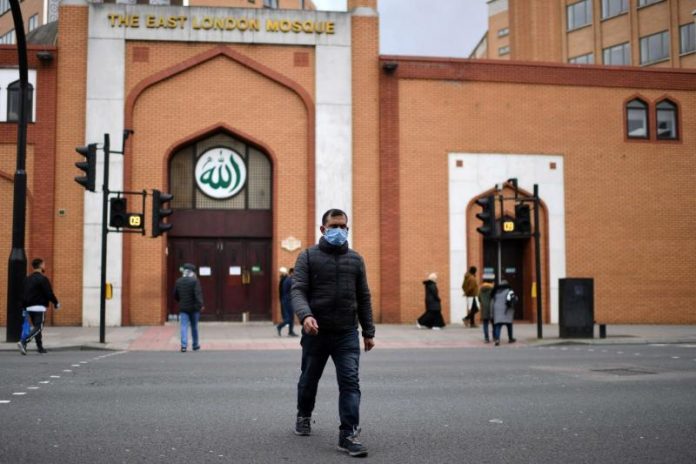 All mosques allowed to open in UK after 3 months of corona virus lock-down, Friday prayer gatherings will remain banned

London (Gulf Inside) The only country in Europe where all mosques were reopened, after 3 months of Corona virus lock-down in Britain, all mosques were allowed to reopen, Friday prayer gatherings were banned. Will According to the details, great good news has been announced to the Muslims living in Britain after a difficult time of 3 months. It is reported that Britain is the first European country to allow the opening of all mosques.

However, some conditions have been imposed. A limited number of worshipers will be allowed in mosques. However, the ban on Friday prayer gatherings will remain in place. Visitors to mosques are urged to adhere strictly to social distances and other precautions.

In addition to reopening mosques, the UK has taken a major step towards restoring normal life, allowing citizens to have their hair cut and eat in restaurants and some other activities after three months.

In a statement, Prime Minister Boris Johnson said everyone must act responsibly and maintain a social distance to help businesses avoid the second wave of corona-virus. In his message, the British Prime Minister said to enjoy the summer safely and not to do anything that would harm the progress made in controlling the corona virus.

It should be noted that due to the spread of Corona virus, a severe lock-down was imposed in the UK for the last 3 months. The situation in the UK has improved in recent weeks, with sanctions being gradually eased. It should also be noted that the UK is one of the 10 countries most affected by the corona virus.