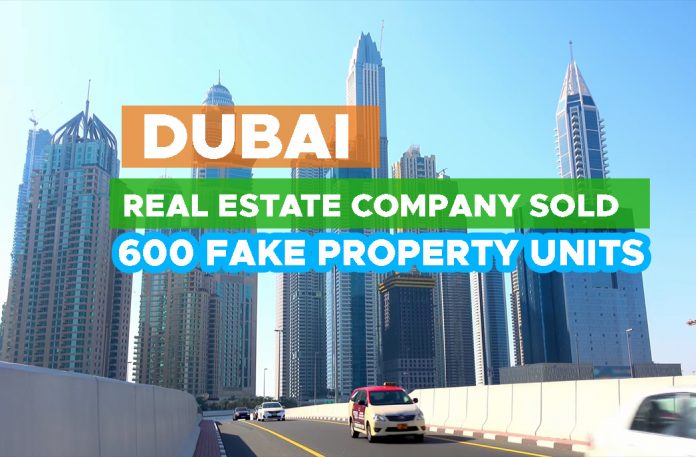 Dubai (Gulf Inside) The owner was jailed after a Dubai real estate brokerage firm in the UAE cheated people out of a fake project. The Dubai Court of Appeals acquitted the company manager and found the owner guilty.

According to Emirati media, a court in Dubai has sentenced the owner of a real estate company to 3 months imprisonment and a fine of 673,000 dirhams for defrauding investors in the UAE through fake property deals. The company had set up several offices in different states of the UAE and ran a social media advertising campaign for a large residential project outside the UAE he also sold it to investors.

It was reported that the real estate company did not have a license to build a property unit outside the country, nor did it have a license from the Dubai Real Estate Regulatory Agency to collect monthly installments from customers in the UAE, a Dubai court said. The owner and manager were found guilty by the Dubai Public Prosecution after the owner and his advertising manager were charged with fraud. However, the Dubai Court of Appeal found the owner guilty of fraud and acquitted the manager.

One of the victims claimed that he had signed an agreement to buy a property unit for 648,799 dirhams and paid approximately 309,000 dirhams, promising that the apartment would be ready in three months. However, a letter from the authority in the country concerned said the project was not allowed to be built, while an official in Dubai testified that many customers had lodged complaints and the company was told to pay installments to the public. He was also fined Rs 50,000 for not receiving it.

Badar Khamis, a lawyer representing the manager in the lawsuit, appealed against the decision, citing lack of evidence, claiming that the defendant was only an employee and did not receive money from the victim, my client. Works as an advertising manager and his role is limited to marketing for the owner according to his job profile, he did not receive hunting money.