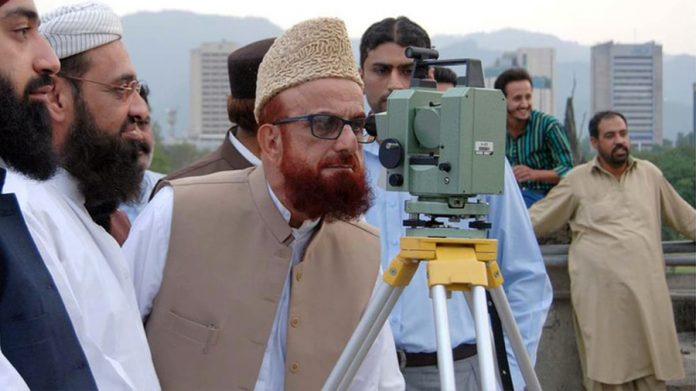 Karachi (Gulf Inside) The moon of Zul-Hijjah could not be seen in Pakistan after which Eid-ul-Adha will be on Saturday, August 1, 2020.

A meeting of the Ruwit-e-Hilal Committee was held in Karachi on Tuesday under the chairmanship of Mufti Muneeb-ur-Rehman to observe the new moon of Dhu al-Hijjah 1441 AH.
The announcement of the Central Route Hilal Committee on Tuesday said that due to the absence of the moon, the first Zul-Hijjah will be on July 23, while Eid-ul-Adha will be on the 10th of Zul-Hijjah, ie August 1, 2020.

Muslims around the world follow the Sunnah of Abraham and offer sacrifices on the occasion of Eid al-Adha. Worship related to Hajj, one of the five pillars of Islam, is also completed on the same day.

A notification issued by the Ministry of Religious Affairs and Interfaith Harmony after the announcement of the Ruwit-e-Hilal Committee also confirmed the dates of Zul-Hajj and Eid-ul-Adha.

Earlier, Science and Technology Minister Fawad Chaudhry had claimed that the moon of Zul-Hijjah had been born and it would be visible in Karachi and its suburbs.
In his tweet, Fawad Chaudhry said that if there are clouds, then install the Ruit application and see the exact location of the moon.

Yesterday, Saudi Arabia also announced that the moon of Dhu al-Hijjah has not been seen, after which the 30 days of Dhu al-Qaeda will be completed and the month of Dhu al-Hijjah will begin on Wednesday, July 22.
According to the announcement of Saudi Arabia, the pilgrims will perform Waqf Arafat on July 30, while Eid-ul-Adha will be on July 31.