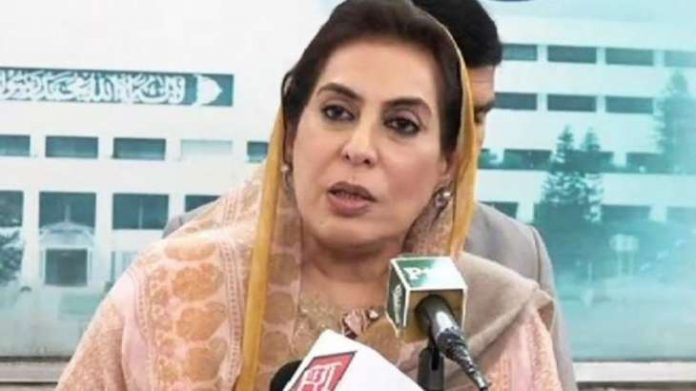 Islamabad (Gulf Inside) Former Pakistan Peoples Party (PPP) leader, former Speaker National Assembly and Federal Minister Dr Fehmida Mirza has said that she had heard that Uzair Baloch was extorting money but could anyone take extortion money from Uzair Baloch? He asked why Uzair Baloch’s reward price was abolished. Who took extortion from him? Who called the meeting from America.

Different parties continue to use criminals. Zulfiqar Mirza had resigned in early 2011. He said that if we talk then PPP leadership will be in trouble. Dr. Fehmida Mirza said that the JIT report of Uzair Baloch should be brought in the court and questions should be asked, why the reward prize of Uzair Baloch’s head was removed?

It should also be asked who used to take extortion from Uzair? He said that Zulfiqar Mirza put his family in danger, our family has lost, nothing has been found, Whatever happened in Sindh, Zulfiqar Mirza considered it his responsibility. Geo News reporter Wali Babar did not belong to any political party. Why did Zulfiqar Mirza raise his voice for him? who is related to Asif Zardari’s sister Faryal Talpur, said that why did Faryal Talpur need to go to Uzair Baloch’s house? Fehmida Mirza said that Benazir Bhutto had brought me into politics, Benazir Bhutto gave me a ticket and when I was offered the post of Speaker National Assembly, I refused even then.

She said that she had been silent for a long time but now it was not possible to keep his mouth shut. When we talk, the PPP leadership will be in trouble.